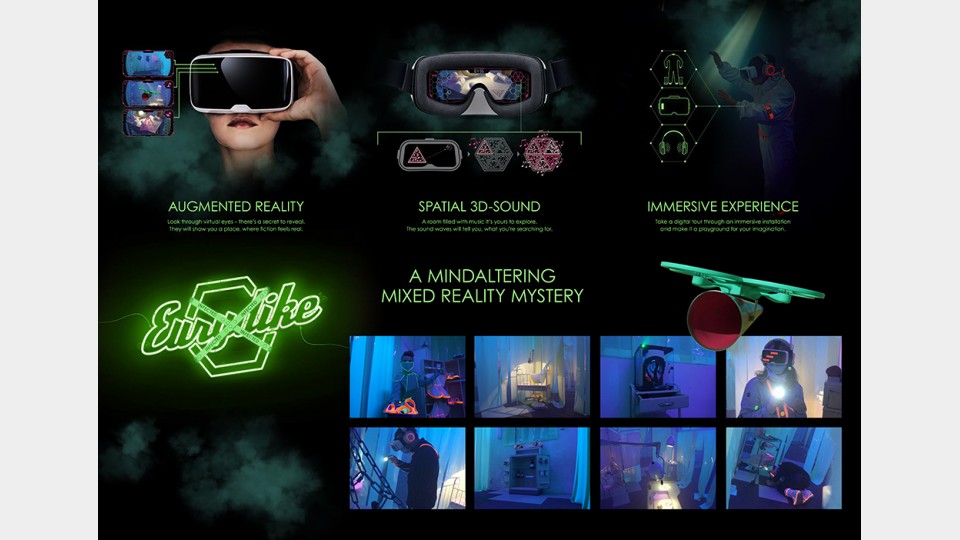 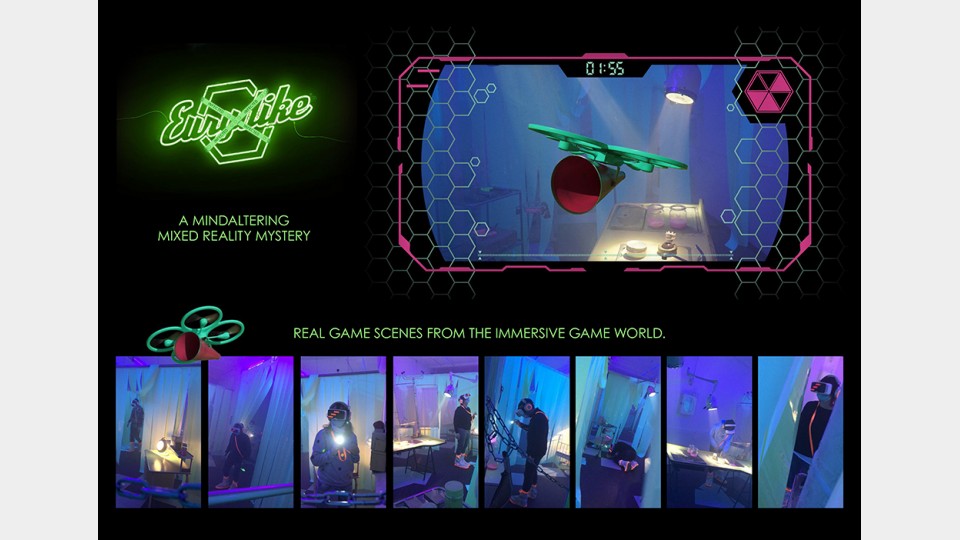 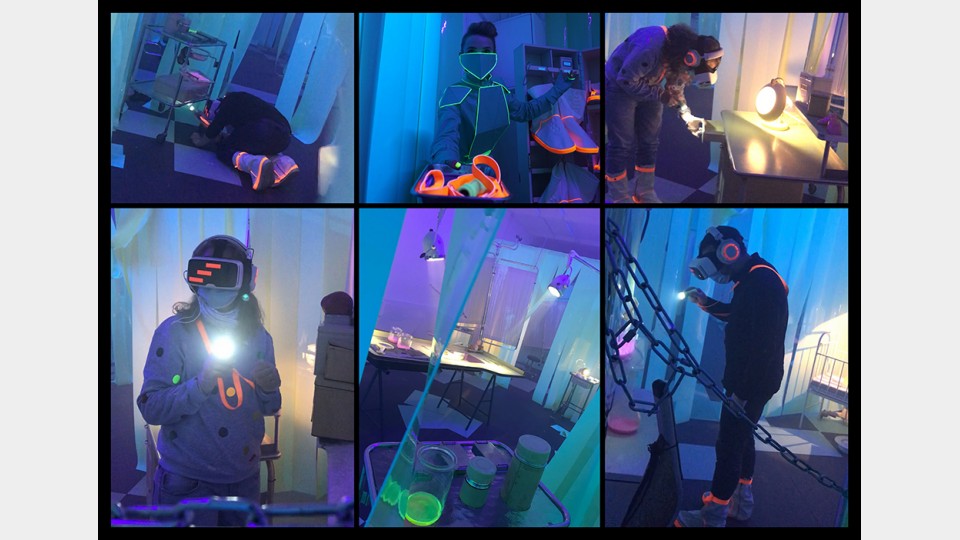 EURYDIKE questions our patriarchal high-tech society, which still instrumentalises women as objects of male desires, degrading them - both living and dead - to a passive tool that are neither heard nor seen.

EURYDIKE liberates the female from her shadowy existence through an interactive gameplay based on an interplay between reality and virtuality. User immerse themselves in a retrofuturistic universe and can make a silenced world resound: The unheard is given a voice.

As a sequel EURYDIKE INFECTED reacts to the pandemic, based on an interplay of a real 150m² big game location that interacts with AR, VR and 3D Sound. Equipped with VR goggles and protective suit the single player explores a haptic and sensory labyrinth that wants to be unravelled interactively. The apocalyptic sci-fi scenario confronts with silence and slowness, irritation and loss of control as well as the restriction of physical senses with simultaneous virtual expansion: The social state of emergency as a real-life game and physical-mental borderline experience that mutates into an encounter with one’s own reflection and poses questions about perpetrators and victims anew. EURYDIKE INFECTED mutated in 2020 between the two lockdowns.