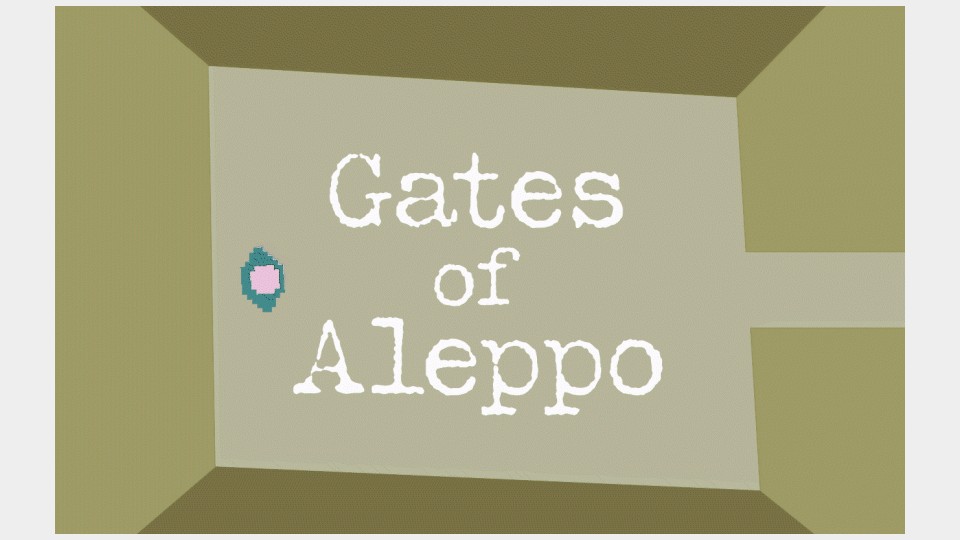 Shortly after the outbreak of the Syrian civil war, a gruesome battle started to rage in the ancient city of Aleppo. Government and rebel forces dug in various neighbourhoods, waging a war of attrition, often using sharp shooters. Especially government snipers west of the old town were terrorising the citizens, turning their every day movements into a lethal game.

These are short fragments of that time, experiences of the citizens that had to live with the constant threat of death. Gates of Aleppo is a joined collaboration between the Syrian artist Wolfswift and the designer Josh Hollendonner & Georg Hobmeier. For their own protection Wolfswift must remain anonymous. They were supported in their efforts by Julia Nguyen, gold extra and Causa Creations.